Through 15 deployments to five countries in the Middle East, Australia Assists support has complemented other DFAT programs for the Syrian crisis response, Palestine refugees, and to support humanitarian and stabilisation activities in Iraq. Host organisations have benefited from coordination expertise, gender and disability advisory services, justice and reconciliation, and technical support to critical infrastructure projects.

“Most of the organisations working in north-west Syria did not have experience in site planning and/or site establishment because most of the internally displaced persons sites were self-established. David played a key role in the new Shelter/Non Food Items (NFI) Cluster strategy to establish internally displaced persons settlements according to Sphere standards. His support was well appreciated by the partners and the impact visible in the field.”
‍— Senior Shelter/NFI Coordinator, UNHCR Turkey

Continuing support to the Syria crisis

Social inclusion, access and negotiation for lifesaving supplies and services have been the focus throughout the first four years of the program’s response to the Syrian crisis. This again included providing critical Civil-Military Coordination expertise, this time to the OCHA Whole of Syria office, involving routine engagement with armed actors in north-eastern Syria on matters of access and protection, led by a deployee on behalf of the wider humanitarian community. A deployment to UNHCR Turkey provided expertise and training in site planning for NGOs and partner organisations establishing IDP settlements in north-western Syria, resulting in the implementation of 29 separate sites in line with Sphere Standards. Support to host communities of the Syrian diaspora also continued with deployments to Lebanon and Jordan, focusing on maintaining provision of services in the face of COVID-19.

Gender, disability inclusion and prevention of sexual abuse and exploitation

Specialist support to WFP Jordan resulted in development of the first standalone strategy for mainstreaming gender into national operations, while gender was also central to localisation work undertaken with the Jordanian Humanitarian Partnerships Forum in conjunction with UN Women (see below). In Iraq, a deployee assisted IOM’s Community Stabilisation Unit across 12 offices by mainstreaming disability inclusion through a framework, staff training and resources which will continue this work beyond the deployment. Another Disability Inclusion Specialist worked with UNRWA Jordan’s Inclusive Education Team to develop and deliver workshops tailored to teachers, parents and children. Deployment support to OCHA Jordan brought technical guidance to the Prevention of Sexual Exploitation and Abuse Network to implement a Community Based Complaints Mechanism, working with senior national staff on sustainable gender equality and empowerment initiatives.

Pandemic-related travel restrictions saw 40 per cent of deployments to the Middle East completed entirely remotely in FY21. This demanded adaptability at both the organisation and individual deployee level. The positive feedback that was consistently received from remote-based deployees (some of them working in opposite time zones) is testimony to the creativity and flexibility of program personnel in overcoming operational barriers. For example, site planning support delivered to UNHCR Turkey resulted in creation of 19 instructional videos now available (in English and Arabic) on the Shelter Cluster website, allowing new staff to continue learning into the future. In Lebanon, a deployee led a large-scale UN75 campaign on behalf of the UNRWA Youth Unit, coordinating 13 online events, the highest number of any UN agency in Lebanon, reaching more than 200 young people.

“This deployment was very timely and represented an important support to the Department of Planning. The fact that the deployee was already in-country when the pandemic started, allowed us to reinforce the emergency response capacity at headquarters and Nisarg rapidly integrated into the task force. Nisarg and RedR’s ability to extend the deployment beyond the initially planned six months was also much appreciated and contributed to strengthening emergency response.”
— Senior Emergency Officer, UNRWA headquarters Amman

Of the deployees who were mobilised internationally, 50 per cent either originated from or were permanently based in the regions into which they deployed. As well as the socio-cultural and linguistic advantages of maintaining a geographically diverse roster, this also demonstrates some of the benefits for operational resilience in the face of COVID-19. Expanding Australia Assists’ regionally based talent pool continues to be a focus of the program. Beyond operational localisation, specific support to the Humanitarian Partnership Forum’s Localisation Task Team in Jordan resulted in the development of the country’s first jointly agreed gender-responsive Monitoring, Evaluation, Accountability and Learning framework and related indicators to push the localisation agenda forward. This significant achievement was delivered while the deployee was working remotely from Australia. 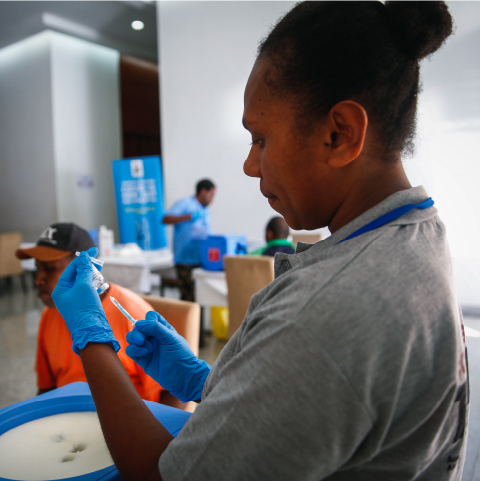 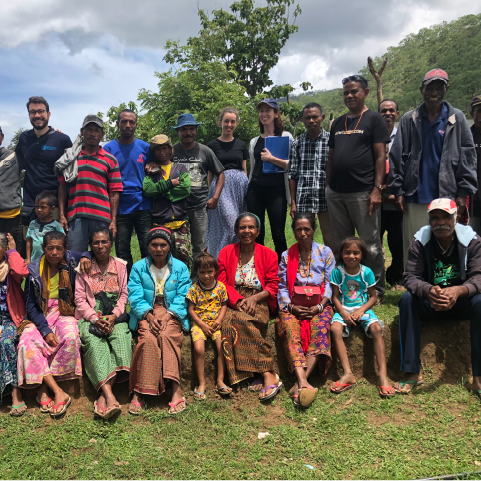 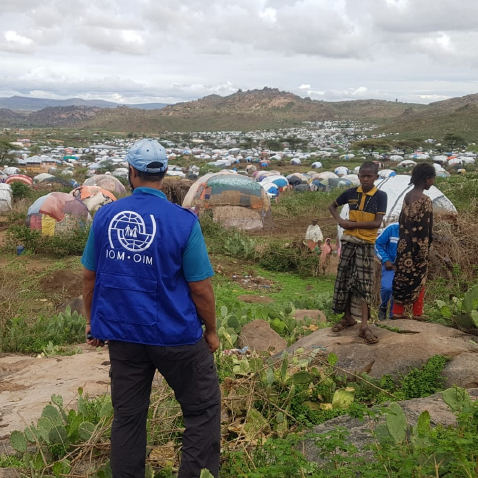 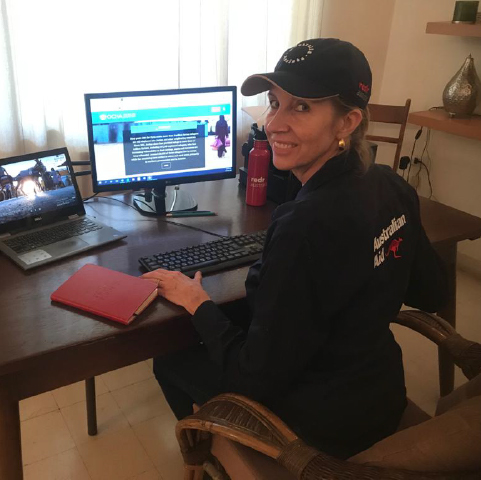 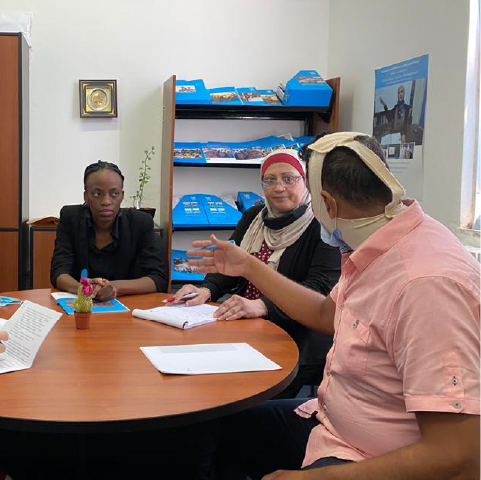 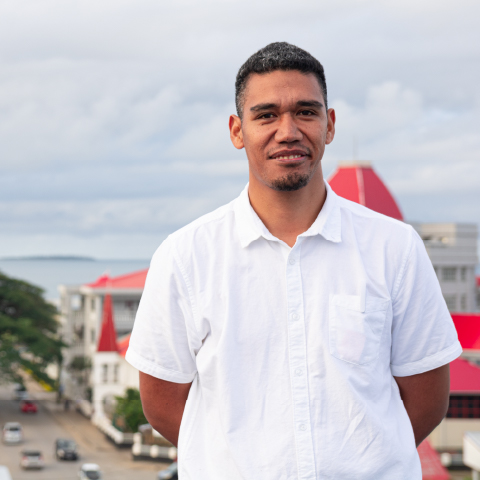 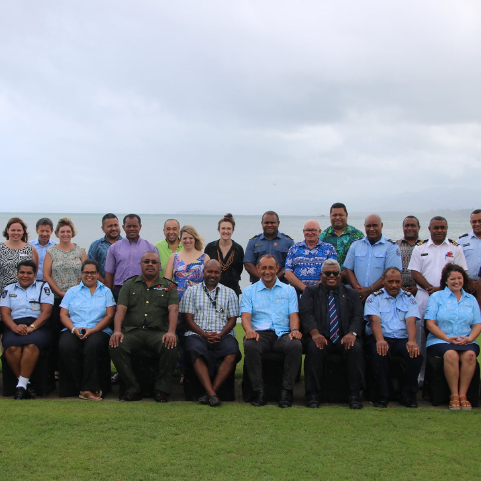 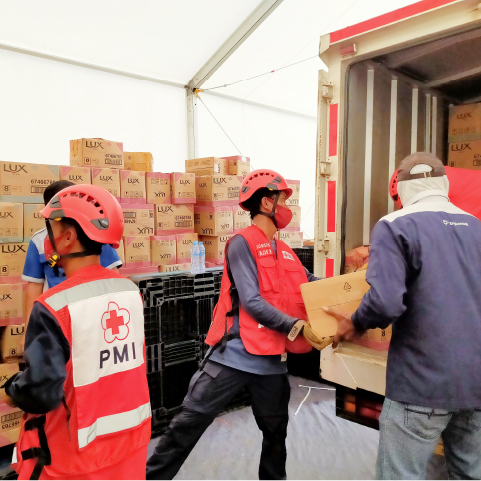 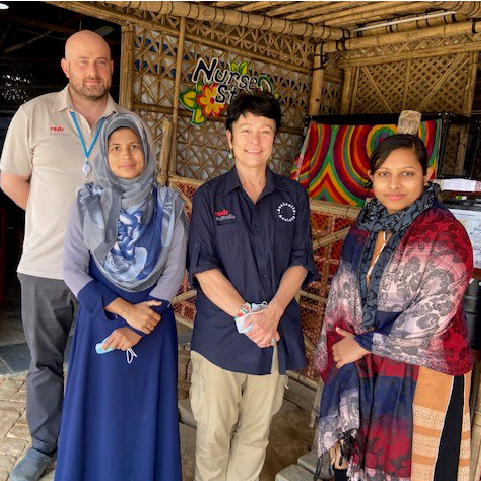 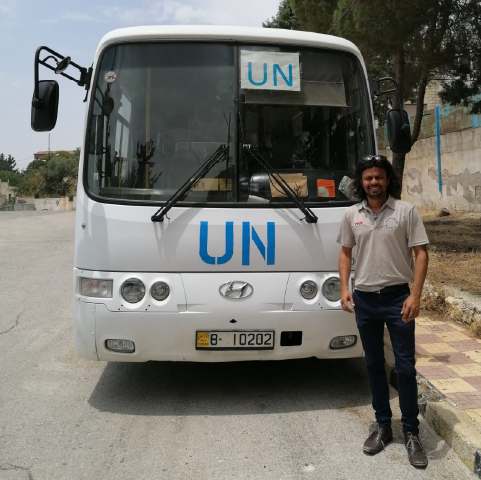 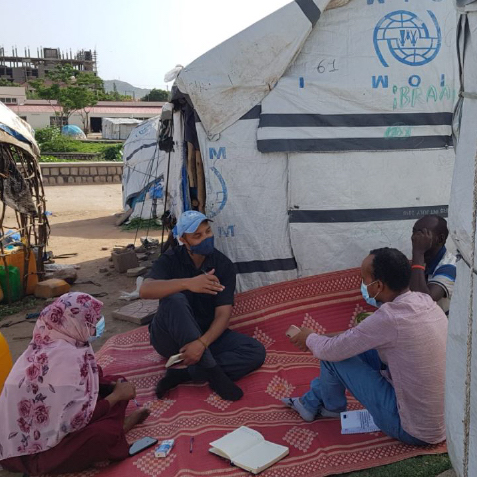